Russia’s Yuri Dolgoruky nuclear-powered submarine launched a Bulava intercontinental ballistic missile (ICBM) on Monday from a submerged position in the Barents Sea. The missile’s mock warheads successfully hit their designated targets thousands of kilometers away, the Defense Ministry said in a statement.

“The Project 955 Borey-class strategic missile submarine Yuri Dolgoruky has successfully launched a Bulava intercontinental ballistic missile from the designated area in the Barents Sea towards the Kura test range in Kamchatka,” the statement added.

In an interview with Sputnik, military expert Viktor Baranets described the Bulava as “a very serious weapon.”

He added that the tests of the Bulava ICBM were being closely watched by the West.

“I think that [Monday’s launch] sends a message to the West that Russia keeps its Armed Forces in a high degree of combat readiness and that the Navy is being armed with advanced new weapons,” Viktor Baranets noted.

The R-30 Bulava is a solid-fuel ballistic missile developed expressly for Project 955 submarines. It carries 10 warheads of 150 kilotons each, and has a range of 8,000 kilometers (5,000 miles). 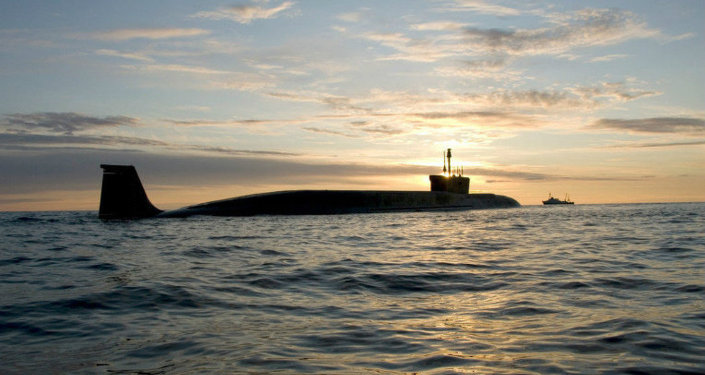 Floated out in 2009, the Yuri Dolgoruky is the lead vessel of the Project 955 Borey-class of nuclear-powered ballistic missile submarines. It is 170 meters long, has a displacement of 24,000 tons and can carry up to 16 Bulava-30 ballistic missiles.The fourth-generation Borey and Borey-A submarine missile cruisers armed with Bulava ICBMs are designated to become the backbone of Russia’s sea-based strategic nuclear forces in the coming decades.

Russia currently has three such submarines, and five more are under construction to join the Russian Navy before 2020.