“Japan has never previously had anything like this,” defense analyst Lance Gatling of Nexial Research Inc. told the news outlet on Tuesday.

The F-35 can maintain its stealth profile while carrying the weapons, which allows pilots to soar “much closer to targets” when they launch the missiles, Gatling added.

As a self-defense outfit, the JSDF has been reluctant to procure offensive weapons capability, but Tokyo’s posture is shifting as potential regional threats loom on the Korean Peninsula and in the South and East China Seas. Upgrading strike capabilities for the F-35 is a natural decision for policymakers in light of such developments, Yomiuri Shimbun, a Japanese newspaper, reported on June 27.

Japan’s constitution doesn’t prevent the JSDF from targeting and firing at foreign military assets, Tokyo’s government has said according to the Post. Nevertheless, Japan’s increasingly militaristic posture is unlikely to go unnoticed by Pyongyang, which worries about an imperialist Japan regaining strength and preparing for invasion with US and South Korea forces.

Beijing is also likely to question Japan’s motives for obtaining the deadly weapons. As Gatling points out, however, it’s unlikely Japan would use the missiles to target China’s mainland.

Kongsberg designed the Joint Strike Missiles as “a modern weapon system for [Norway’s] new [F-35] aircraft,” the company says on its website. The missile can navigate via modalities including GPS and inertial and terrain reference guidance systems for anti-surface warfare (ASW) and Naval Fire Support (NFS) missions, the weapons maker said. The bomb can hit targets up to 300 kilometers (186 miles) away.

The US Navy has ordered to provide additional sustainment, integration and database production for Japan’s F-35 fighters. 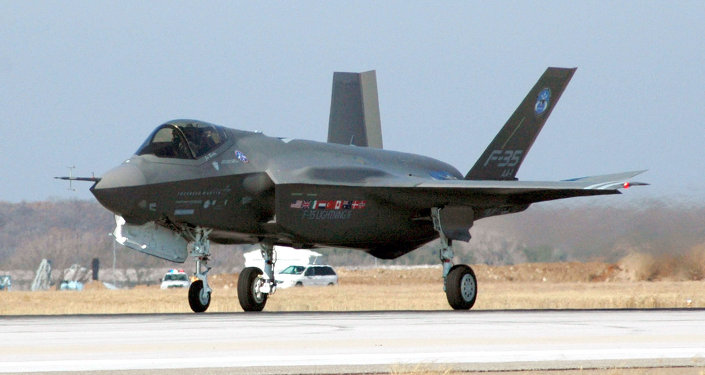 Lockheed Martin has received a nearly $19 million contract from the US Navy to carry out information technology integration work on the fleet of F-35 Lightning II Joint Strike Aircraft operated by the Japan Self-Defense Forces, the US Department of Defense said.“Lockheed Martin Aeronautics Company [of] Fort Worth, Texas is being awarded [an] $18.8 million… contract to provide additional sustainment, integration and… database production in support of the F-35 Lighting II Joint Strike Fighter for Japan,” the announcement stated on Wednesday.

The services will be provided under the Foreign Military Sales program and are expected to be completed in May 2019, the Defense Department added.