The Syrian conflict has given Russia the ability to learn more about how US stealth aircraft such as the F-22 Raptor operate, a US Air Force general told an audience at an Air Force Association briefing Thursday.

“The skies over Iraq and specifically Syria have really just been a treasure trove for them to see how we operate,” said Lt. Gen. VeraLinn Jamieson. “Our adversaries are watching us, they’re learning from us,” Jamieson said. 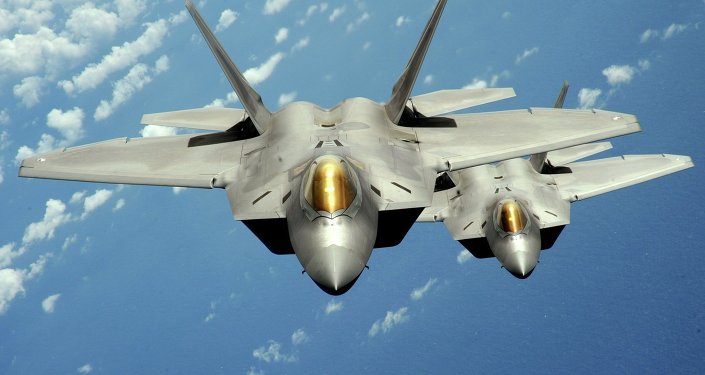 The general went on to say “Russian has gained invaluable insights and information with operating in a contested airspace alongside of us in Syria.”

“When meeting our partners from the Western coalition in the air, we always found ourselves ‘on their tails’ as the pilots say, which means victory in a dogfight,” Russian Aerospace Forces Maj. Maksim Makolin said December 28. Specifically, Makolin referred to the tactical advantage of pursuing opposition aircraft from the beneficial position of lagging behind, in the opposition’s blind spot.

USAF F-22s and Russian Su-35s have had a few close encounters over Syrian airspace but have employed a deconfliction communications line to avoid miscalculations. “We will continue to deconflict with the Russians, but we have no intention to operate in areas that are currently held by the [Syrian] regime,” Felix Gedney, British Army major general and senior official for the US-led coalition against Daesh, said in late December.

But as Russia was given a view of US Air Force tactics, so too was the US afforded the opportunity to watch how Russia’s air force operates, analysts point out. “While Russia is certainly making every use that it can of the opportunity to learn about Western air operations and capabilities in the shared skies over Syria, that process goes both ways, since whatever Russian military aircraft do is done within airspace heavily surveilled by Western assets,” Bronk said.