For more than a half a century of its history, army aviation and its crews have visited all the “hot spots” around Russia and places far beyond the country’s borders.

Russian Army Aviation Mi-8 Armed Helicopters over the Trans-Baikal training site “Tsugol”, where the main stage of the military maneuvers of the Russian and Chinese armed forces “Vostok-2018” was held. (Photo by By © SPUTNIK / MINISTRY OF DEFENCE OF THE RUSSIAN FEDERATION)

The founding day of Russian army aviation is considered to be October 28, 1948, when the first aviation squadron equipped with helicopters was formed in Serpukhov, Moscow Region.

It marked the beginning of army aviation as a separate branch of the air forces, that usually is comprised of helicopters and light support fixed-wing aircraft.

Helicopter aviation was at first called auxiliary as its mission was to transport goods, fire fighting, reconnaissance, and communications. However, as the technology evolved, helicopters have turned into formidable weapon systems in their own right. 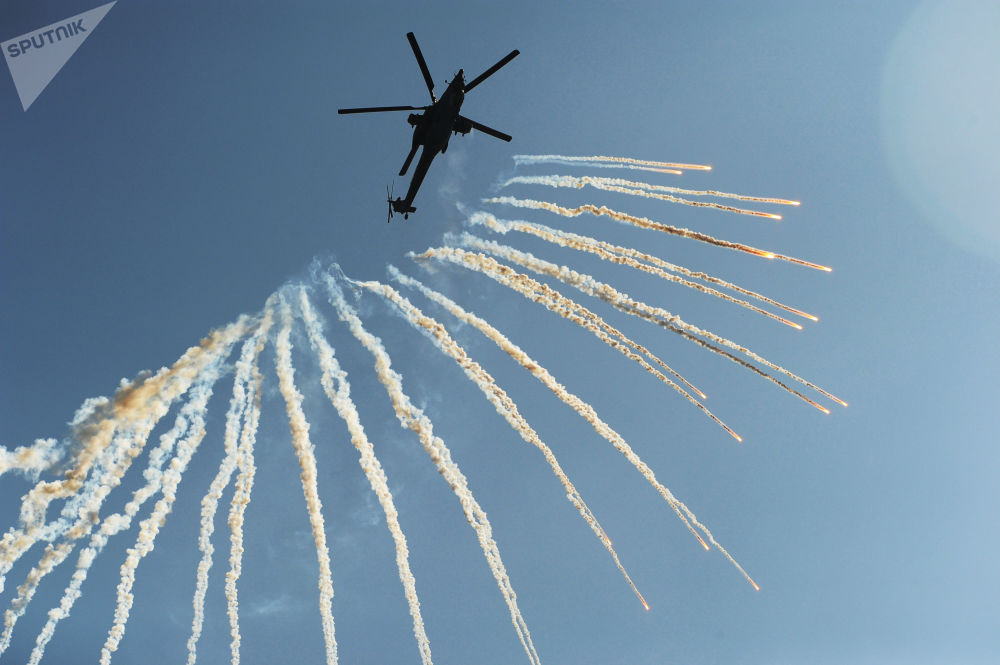 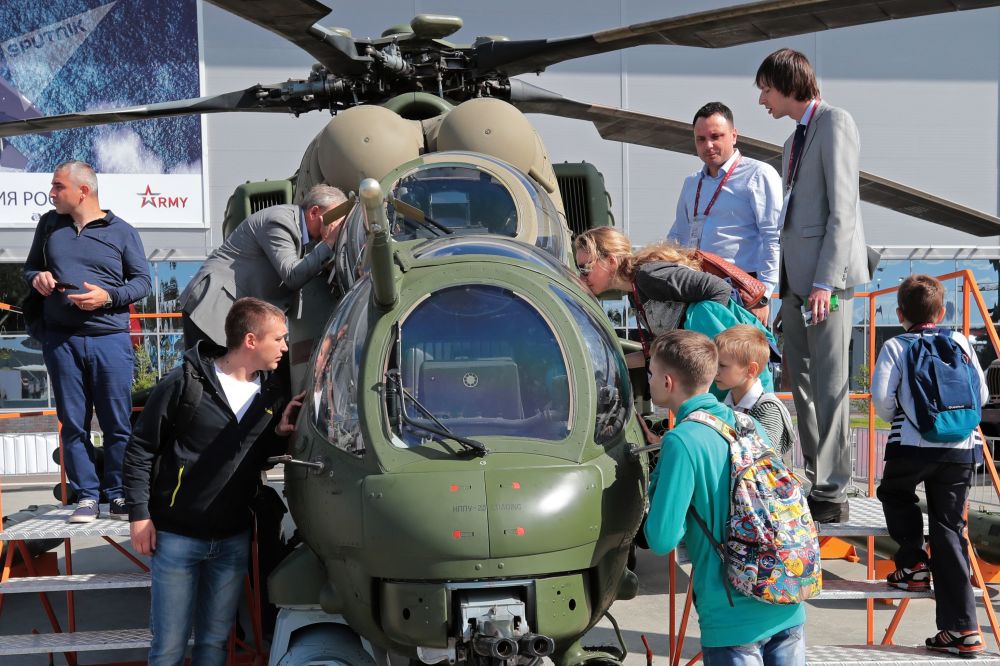 © SPUTNIK / VITALIY BELOUSOV
Visitors around a Mi-35M transport and combat helicopter, presented at the exposition of the IV International Military-Technical Forum “Army-2018” in Kubinka.

© SPUTNIK / ALEKSEI KUDENKO
A Mi-8 AMTSh Assault Transport Helicopter “Terminator” at the Harbmaidon training ground in Tajikistan during a joint anti-terrorist exercise of the collective rapid reaction forces (CBRF) of the member states of the Collective Security Treaty Organization (CSTO). 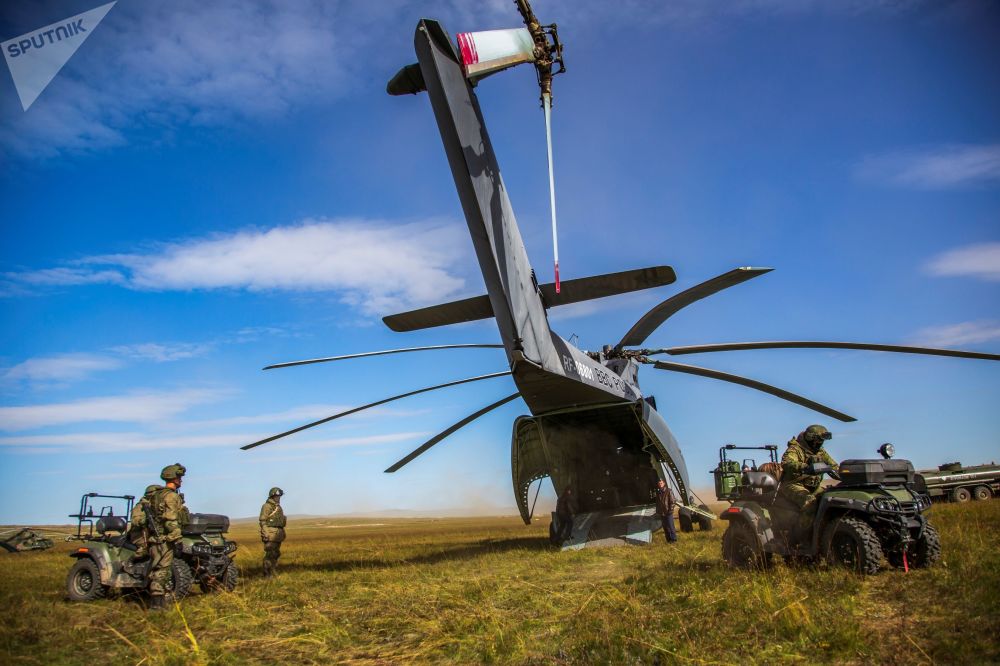 © SPUTNIK / MINISTRY OF DEFENCE OF THE RUSSIAN FEDERATION
The landing of units from a Mi-26 helicopter at the Tsugol training ground in Zabaykalsky Region during the main stage of the “Vostok-2018” military maneuvers of the armed forces. 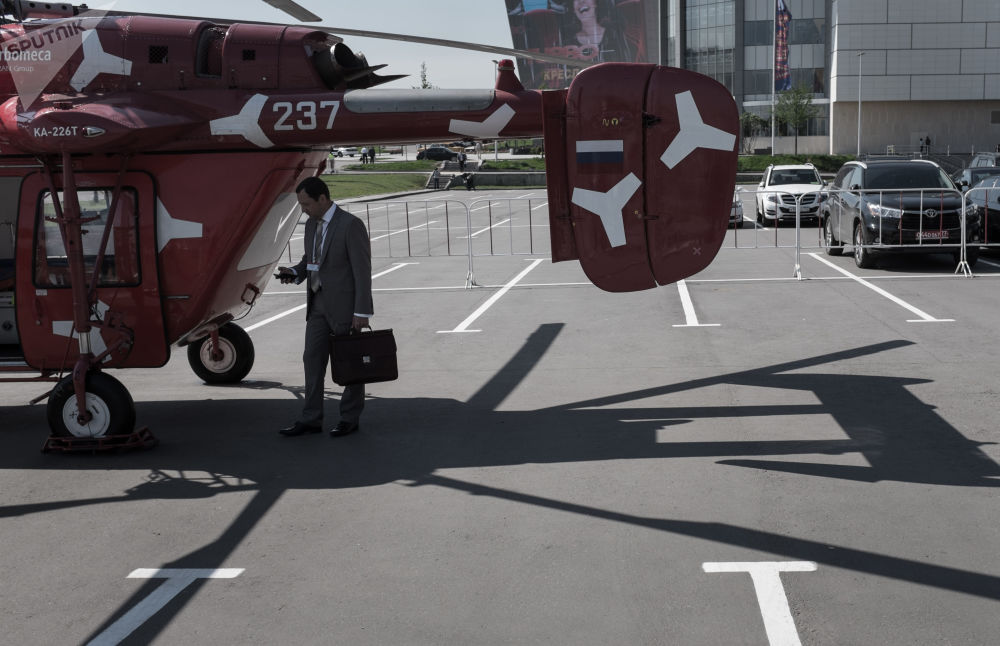 © SPUTNIK / YURY MALTZEV
A Kamov Ka-50 “Black Shark” combat helicopter performs an exemplary flight over a field near the Progress aircraft factory in the city of Arsenyev.