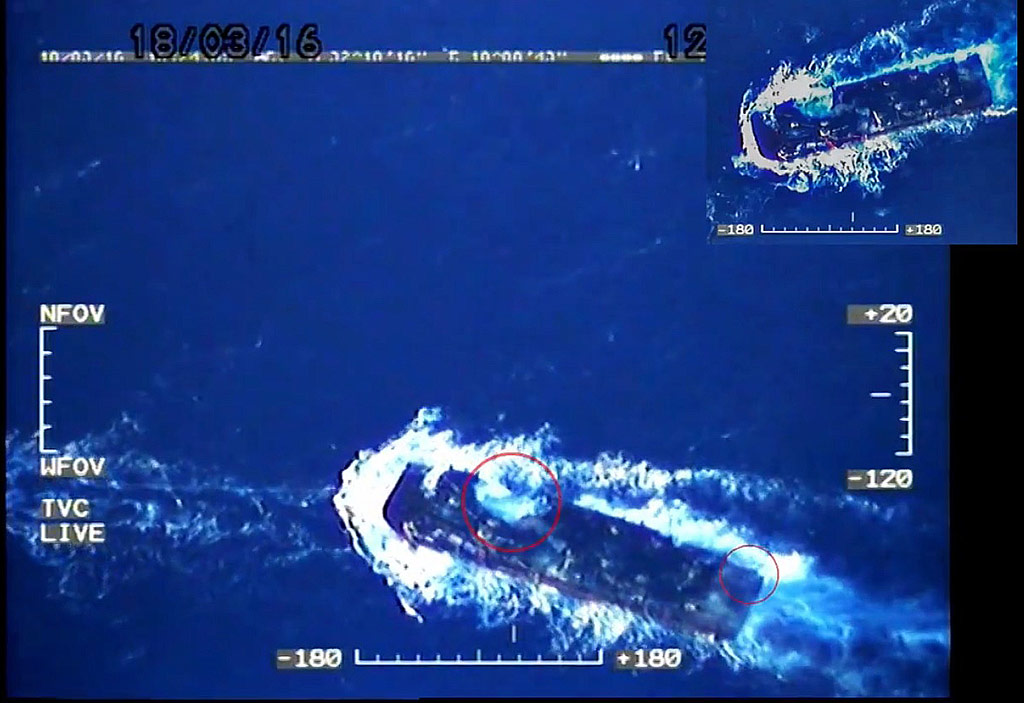 This barge was towed by a tug and was coming as support for the remainder of the terrorist groups in the city of Benghazi. The barge was badly damaged on the right side and took fire. Three tugs were sent in a desperate attempt to save what remained of the barge and tried to hide it. The scene was filmed by the camera of an Agusta A109 helicopter after a Navy radar identified the approximate location of the trailer.

The video below show the three tugs attempting to save the barge :