Tensions between Moscow and the West may be high – but that hasn’t stopped the US placing an order for four Russian-built engines which it will use to launch its massive Atlas V rockets.

The news comes despite warnings issued by Russian MP Leonid Slutsky future sales of the engines could be restricted in response to sanctions imposed in the wake of Novichok attack on former spy Sergei Skripal, widely blamed on Vladimir Putin’s regime.

The four RD-180 rocket engines, built by Russia’s NPO Energomash, were commissioned for the US buyers, the manufacturer said.

Prior to the handover, Pratt & Whitney and United Launch Alliance (ULA) checked the engines alongside experts from NASA and the US Air Force to make sure they were in good working order.

Three more engines will be handed over later this month, and Energomash has reported another order for four more engines was placed in April.

Aside from RD-180 engines, the US also buys RD-181s, which are used to power Antares rockets which launch Cygnus cargo tugs to the International Space Station for NASA, from Russian manufacturers.

NASA has trying to reduce its reliance on Russian technology by building an alternative to the RD-180s, but has so far draw a blank.

The purchase of the engines, with several more also due to be delivered, is an example of the enduring cooperation between the two superpowers when it comes to space exploration. 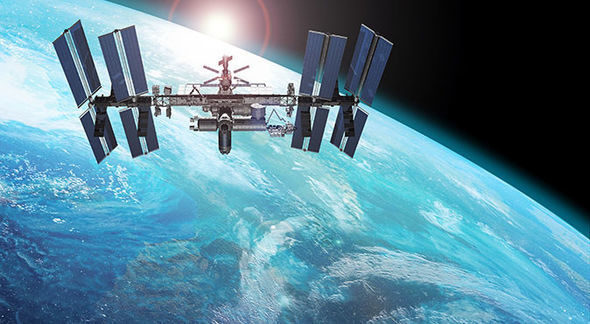 Earlier this month, NASA astronaut Nick Hague and Roscosmos Cosmonaut Aleksey Ovchinin both needed to be rescued after the Soyuz rocket they were travelling on failed en route to the International Space Station.

Their escape pod landed in Kazakhstan, and both were uninjured.

And tellingly, when the latest round of sanctions was announced, the area of space exploration was not included.

NASA administrator Jim Bridenstine commented: “When other channels of communication break down, nations can still communicate on space exploration and space discovery and science.” 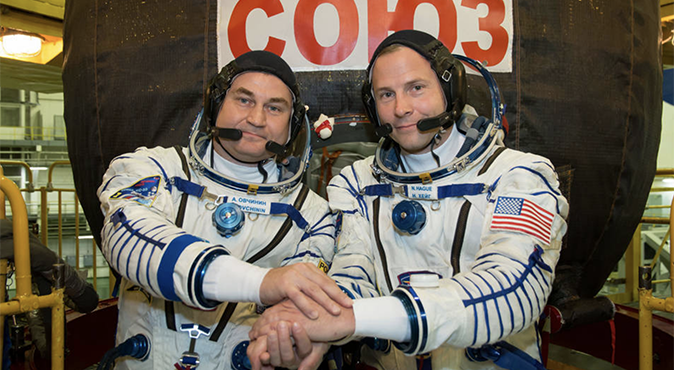 “We can draw borders, but from space you can’t see them.

“In the US we have a sarcastic saying: ‘We can put a man on a Moon.

“But we cannot figure out how to get along with our Russian partners.”

Mr Slutsky, chairman of the influential Committee on International Affairs, issued his warning in August – although no concrete countermeasures have been approved

Until such a ban comes into force, space remains one of the few areas of Russia-US cooperation that remains relatively unscathed by political tensions.