Are Aliens Plentiful, But We’re Just Missing Them?

A little over 80 years ago, humanity first began broadcasting radio and television signals with enough power that they should leave Earth’s atmosphere and progress deep into interstellar space. If someone living in a distant star system were keeping a vigilant eye out for these signals, they would not only be able to pick them up, but immediately identify them as created by an intelligent species. In 1960, Frank Drake first proposed searching for such signals from other star systems by using large radio dishes, giving rise to SETI: the Search for Extra-Terrestrial Intelligence. Yet over the past half-century, we’ve developed far more efficient ways to communicate across the globe than with broadcast radio and TV signals. Does searching for aliens in the electromagnetic spectrum even make sense anymore?

This question, of course, is extraordinarily speculative, but gives us a chance to look at our own technological progress, and to consider how that might play out elsewhere in the Universe. After all, if someone from a culture that was versed only in smoke signals and drum beats found themselves deep inside the heart of a forest, they might conclude that there was no intelligent life around. Yet if you gave them a cellphone, there’s a good chance they could get reception from right where they stood! Our conclusions may be as biased as the methods we apply. 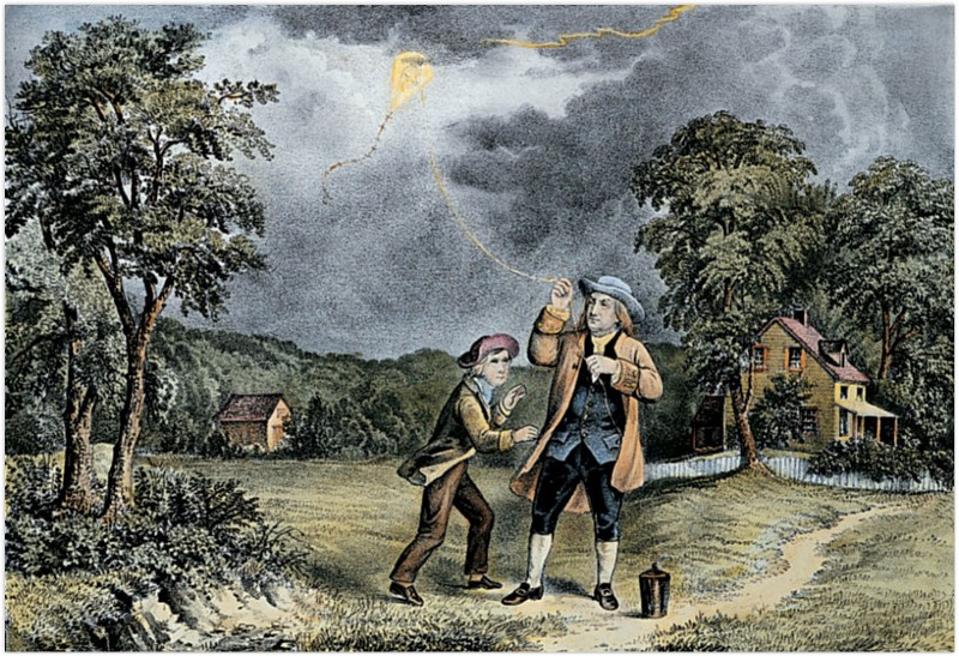 The mechanism of electricity only began to be understood in the late 18th century, with the work of Ben Franklin. The power of electricity only began to be harnessed to run electric circuits and other powered devices during the 19th century, and the phenomena associated with classical electromagnetism only became understood through the latter half of that century. The first transmissions of electromagnetic signals for communication didn’t take place until 1895, and the power of radio broadcasts to extend far out into interplanetary and interstellar space wasn’t achieved until the 1930s. 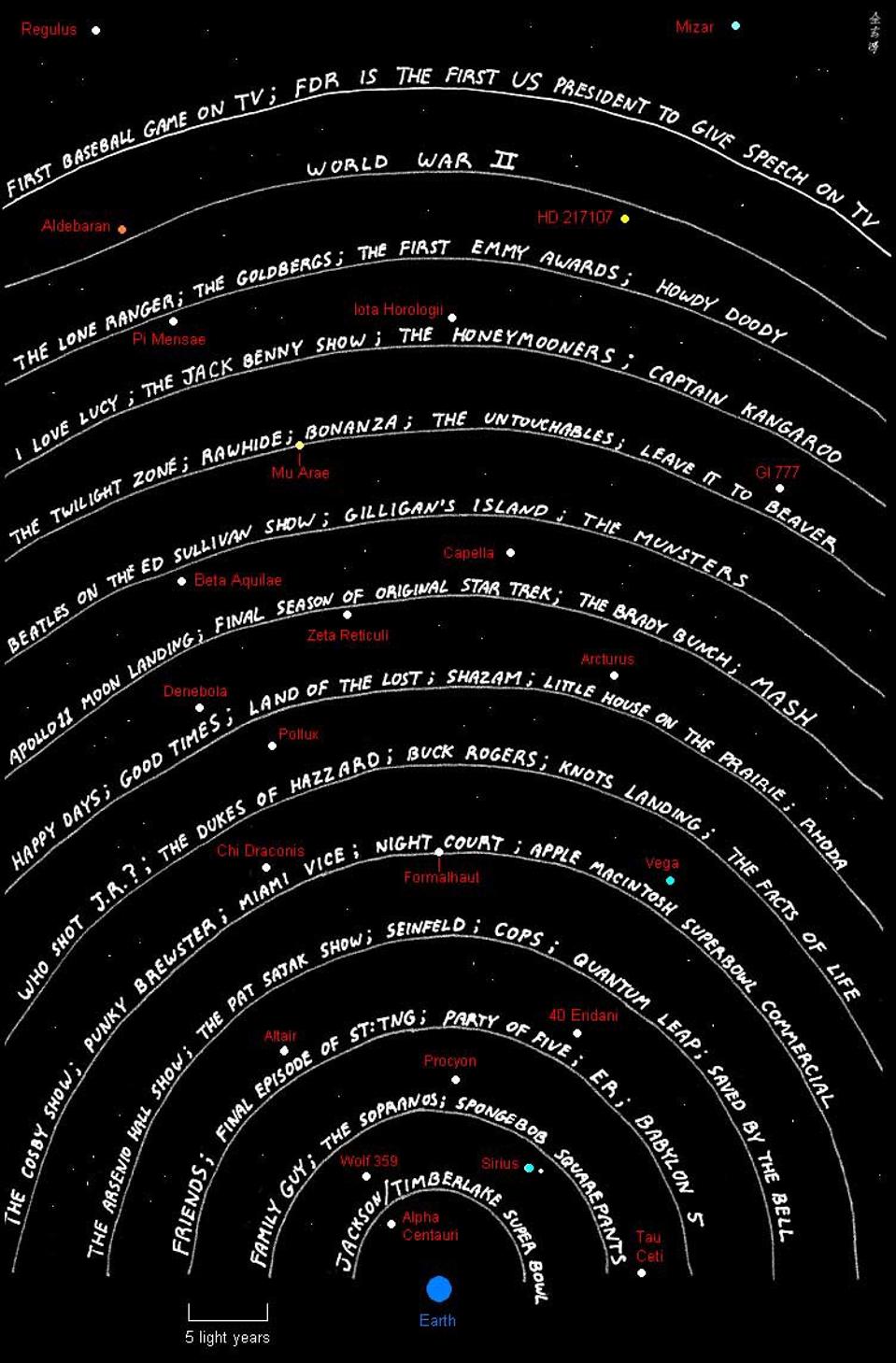 This image, current in 2011 (and now 7 years out of date), shows the reach of humanity’s radio signals in space. A light year is a long distance, but the stars in our galaxy are tens of thousands of light years away, on average. (Abstruse Goose)

The speed of light is quite a limiting thing as well: if our radio signals have been traveling through interstellar space for 80 years, that means that only civilizations within 80 light years of us would have had an opportunity to receive those signals, and that only civilizations within 40 light years would have had the opportunity to receive those signals and send something back to us that we would’ve received by now. If the Fermi Paradox is the question of “where is everyone,” the answer is, “not within 40 light years of us,” which doesn’t tell us very much about intelligent life in the Universe at all.

While there might be hundreds of billions of stars within our galaxy alone, and around two trillion galaxies in the observable Universe, there are less than 1,000 stars within 40 light years of Earth. 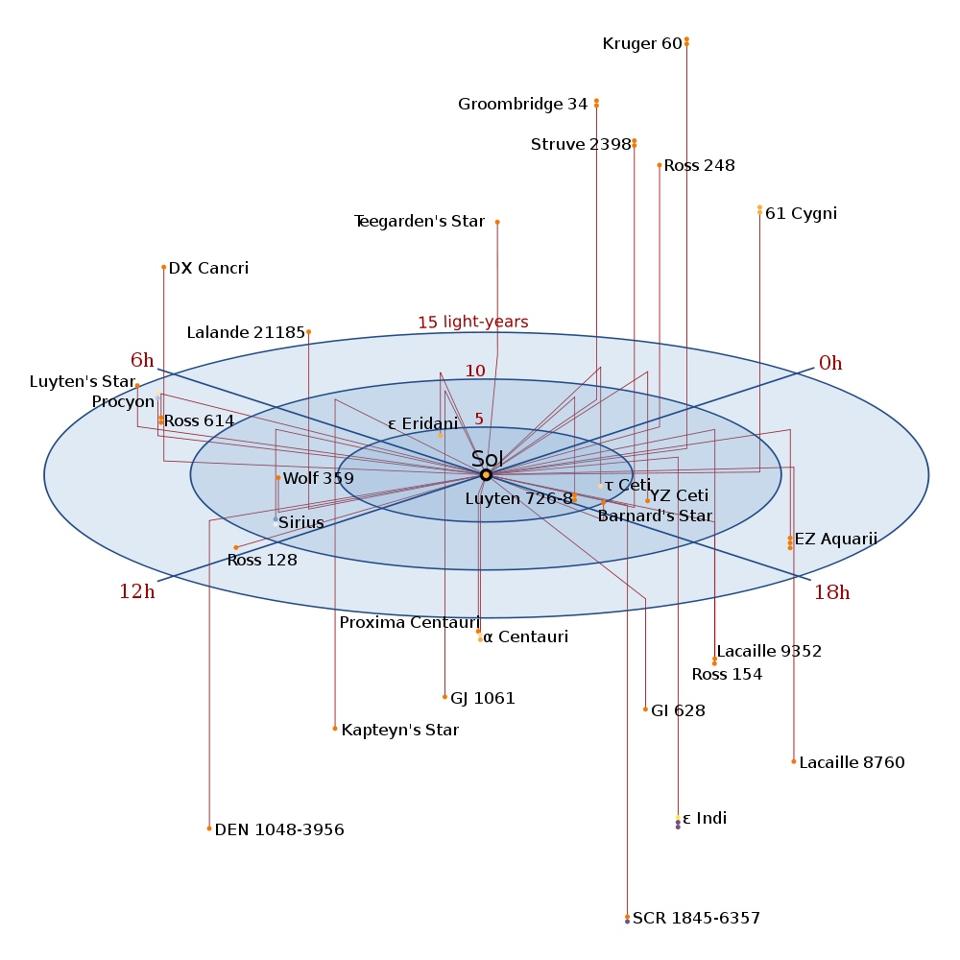 There are a few dozen stars within 14 light years of Earth; that number rises up to only about 1000 after 40 light years, which is close to the maximum round-trip time of a light signal sent from Earth by humans capable of reaching out into the Universe.

And to make matters worse, electromagnetic signals going out from Earth into interstellar space are decreasing, not increasing. Television and radio broadcasts are increasingly being run through cables or via satellite, not from transmission towers here on Earth. By time another century passes, it’s very likely that the signals we sent out (and hence, began looking for) during the 20th century will cease to be emitted from Earth altogether. Perhaps an alien civilization, making note of these observations when the signals do arrive, would draw the conclusion that this blue, watery planet orbiting our star in the great distance actually achieved intelligent, technologically advance life for a short while, and then wiped ourselves out as the signals gradually stopped.

Or, perhaps, drawing conclusions from what is or isn’t present in any form of electromagnetic signal is altogether wrongheaded. 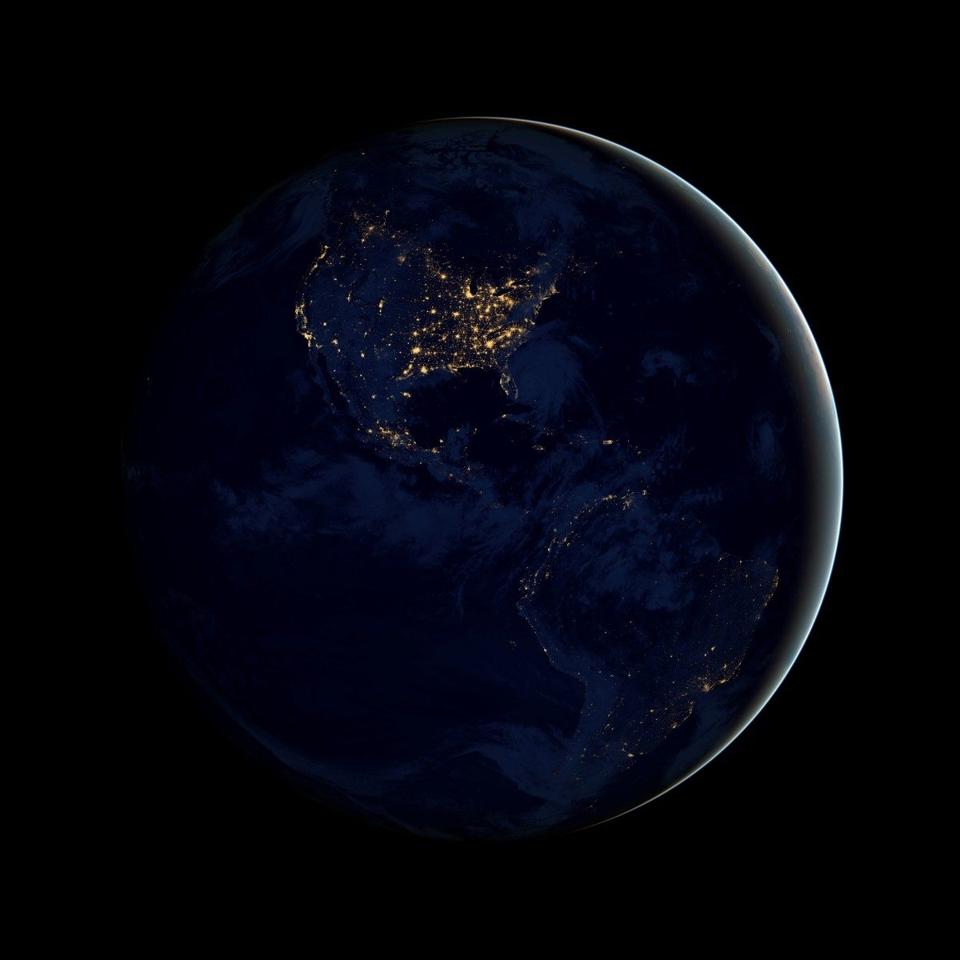 The Earth at night emits electromagnetic signals, but it would take a telescope of incredible resolution to create an image like this from light years away.

If we were to look at Earth from a nearby distance in visible light, there would be no doubts about the fact of whether or not it’s inhabited: the great glow of cities at night is unmistakably a sign of our activity. Yet this light pollution is relatively new, and is something we’re finally learning how to manage and control if we put the effort (i.e., time, money, manpower and resources) into it. There’s no reason not to be optimistic that by the end of the 21st or 22nd centuries, the Earth at night will look no different than it did for billions of years: dark, except for the occasional aurora, lightning storm or erupting volcano. 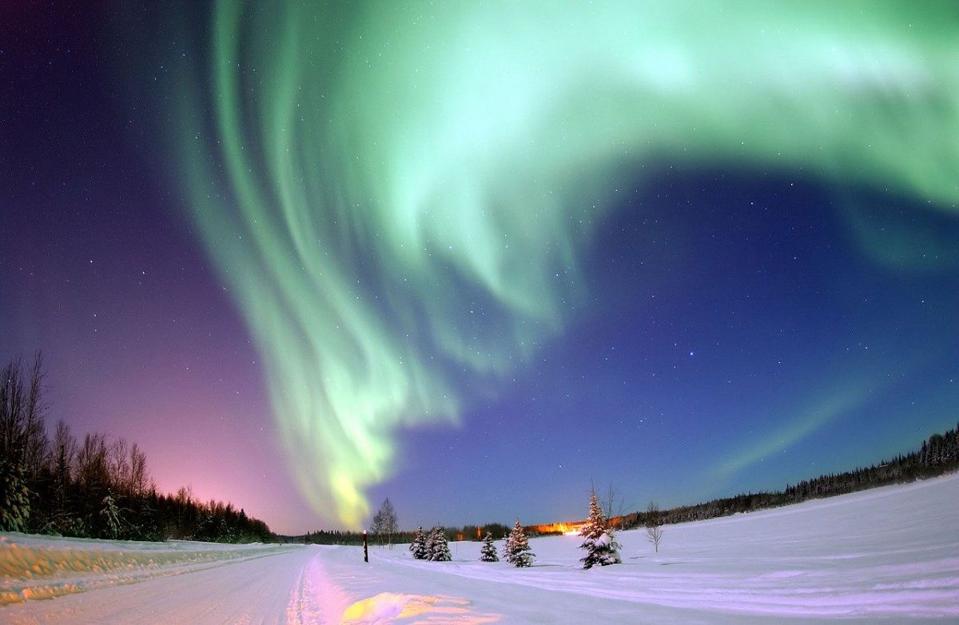 The aurora borealis is one such transient feature that can be seen from space… or across the interstellar distances.

But if we weren’t looking for electromagnetic signals, what would we look at? Indeed, everything in the known Universe is limited by the speed of light, and any signal created on another world would necessitate that we be able to observe it. These signals?—?in terms of what could reach us?—?fall into four categories:

How remarkable that our science-fiction imaginations focus almost exclusively on the fourth possibility, which is by far the least likely! 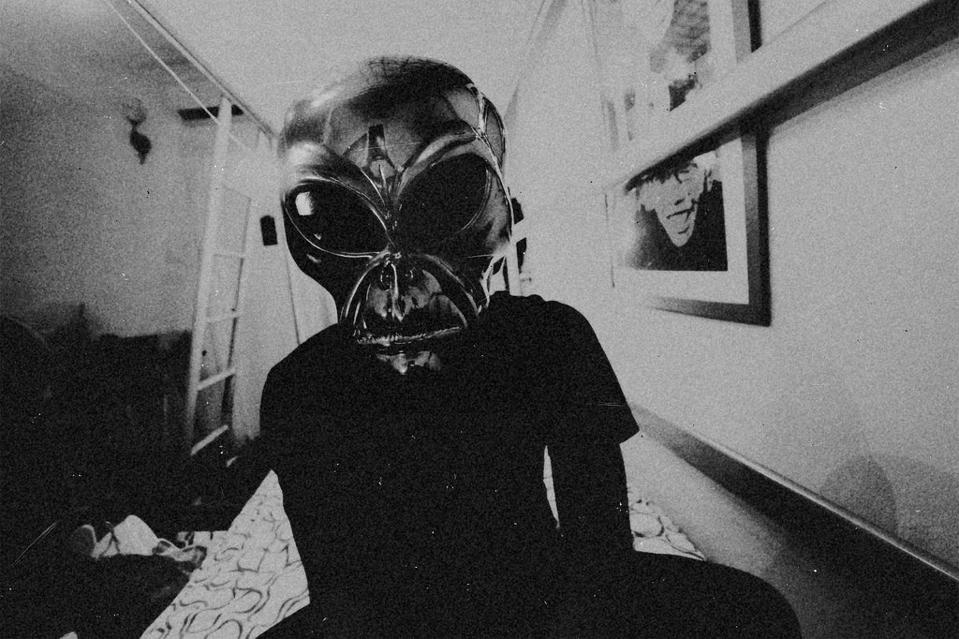 A representation of an alien invasion. This is not an actual extraterrestrial.

When you think about the vast distances between the stars, how many stars there are with potentially habitable planets (or potentially habitable moons), and how much it takes, in terms of resources, to physically send a space probe from one planet around one star to another planet around another star, it seems literally crazy to consider that method to be a good plan. Far more likely, you’d think, it would be smart to build the right type of detector, to survey all the various regions of the sky, and seek out the signals that could unambiguously show us the presence of intelligent life.

Long-term average precipitation by month (mm/day and in/day), based on 1961-1990 data, which affects the H2O concentration and therefore the emission spectrum of Earth.

In the electromagnetic spectrum, we know what our living world does in response to the seasons. With winters and summers, there are seasonal (and hence, orbital) changes in what electromagnetic signals our planet emits. As the seasons change, so do the colors on various parts of our planet. With a large enough telescope (or array of telescopes), perhaps the individual signs of our civilization could be seen: cities, satellites, airplanes and more. But perhaps the best thing we could look for is alterations of the natural environment, consistent with something that only an intelligent civilization would create. 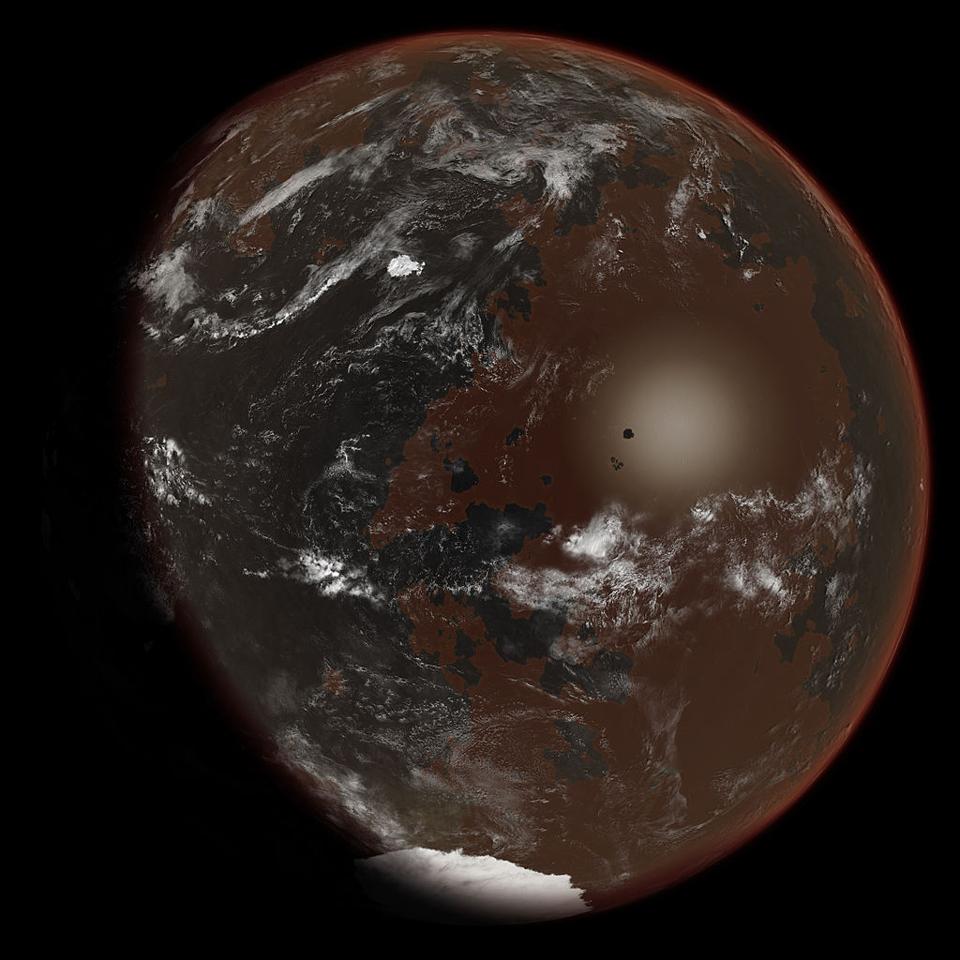 An artist’s impression of an ammonia world with an advanced stage of life on it. Yet we must be careful to rule out any natural signals that could mimic what we observe before we conclude in favor of aliens.

We haven’t yet done these things, but perhaps large-scale modifications of a planet would be the exact thing we should be looking for, and should be the large-scale projects we’d aspire towards. Remember, any civilization that we find is unlikely to be in their technological infancy like we are. If they survive it and thrive through it, we’ll likely encounter them in a state tens or hundreds of thousands of years more advanced than we are. (And if that doesn’t boggle your mind, consider how much more advanced we are than we were just a few hundred years ago!) But this brings up two other possibilities, too. 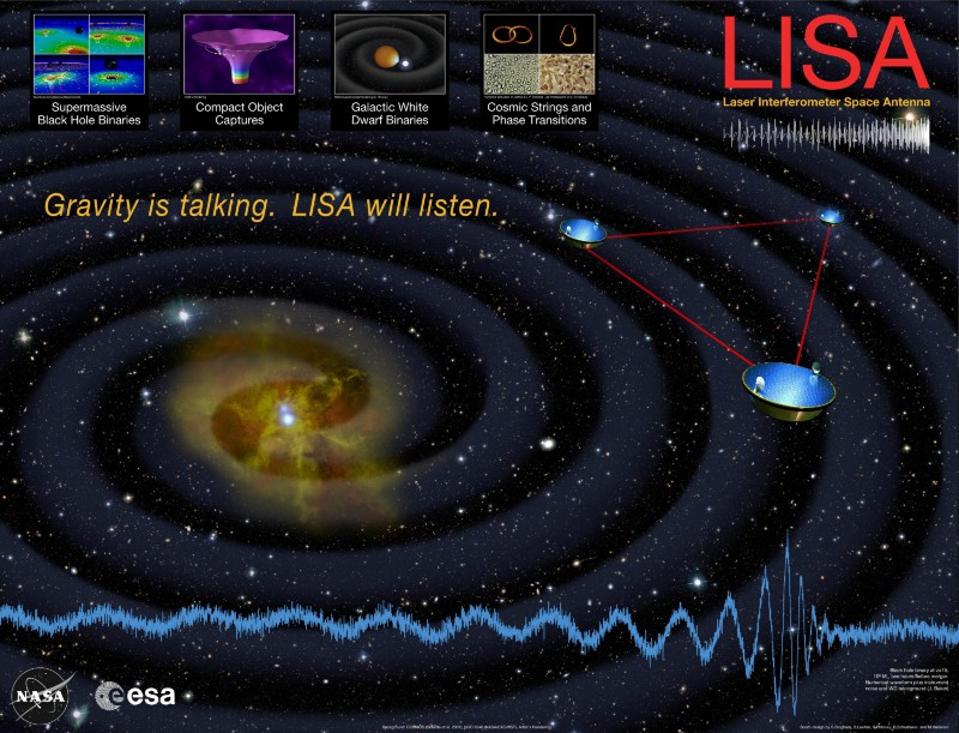 ESA / NASA and the LISA collaboration

For the past 2+ years, gravitational waves have been detected on Earth, from merging neutron stars and merging black holes. By building a gravitational wave observatory in space, we may be able to reach the sensitivities necessary to detect a deliberate alien signal.

Perhaps — as our gravitational wave technology becomes set to detect the first signals from the Universe — we’ll discover that there are subtle effects that lend themselves to detection across the cosmos. Perhaps there’s something to be said for a world with tens of thousands of satellites orbiting it, something unique that a gravitational wave detector could spot? We haven’t worked it out in great detail because this field is in its infancy and not yet developed to the point where it could detect such a small signal. But these signals don’t degrade the way electromagnetic ones do, nor is there anything that shields them. Perhaps this new branch of astronomy will be the way to go, hundreds of years from now. But my money’s on the third options, if you want an out-of-the-box thought. 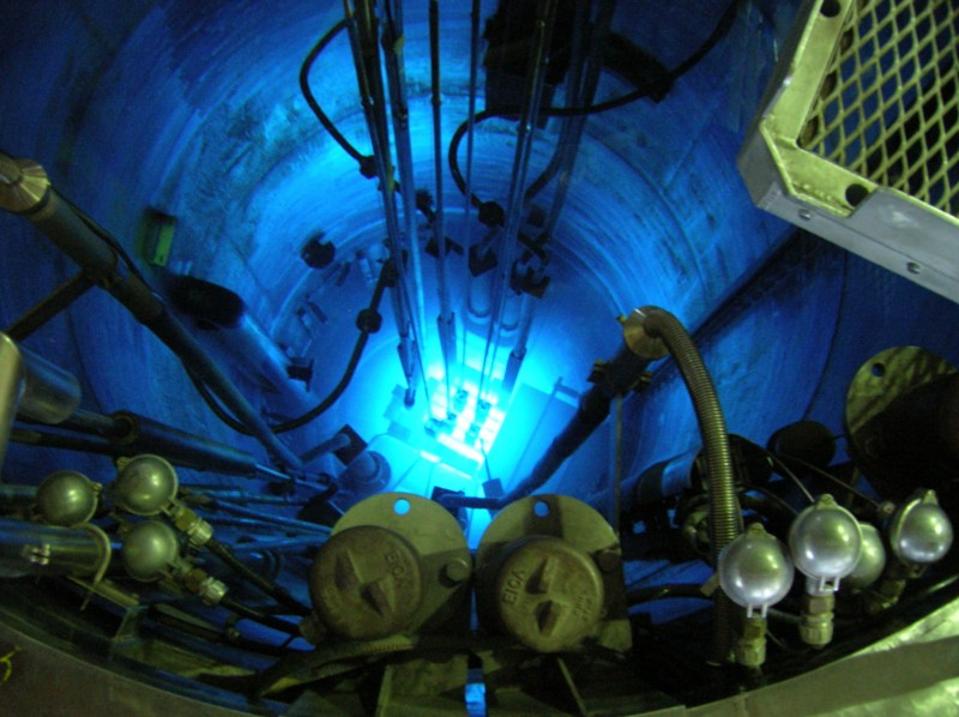 What’s likely to be the power source for a sufficiently advanced civilization? Perhaps it’s nuclear power, most likely fusion power, and most likely a specific type of fusion that’s proven to be efficient, abundant, different from what occurs in the cores of stars, and that emits a very, very specific neutrino (or antineutrino) signature as a by-product. And those neutrinos should come with a very specific, explicit signature as far its energy spectrum goes: one that isn’t produced by any natural process. 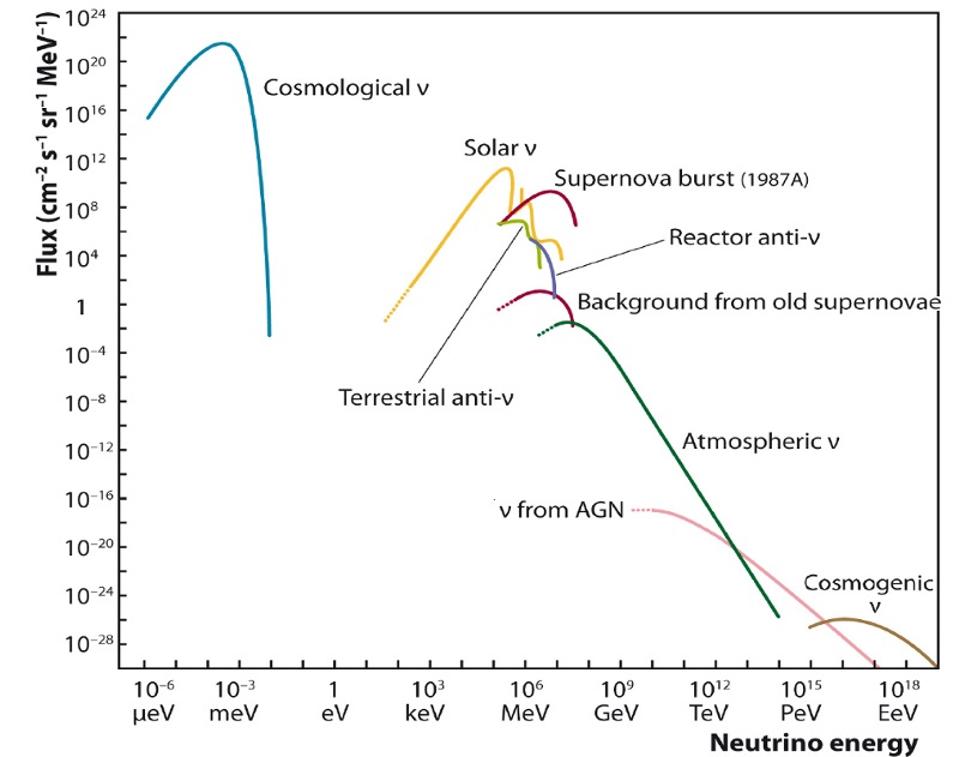 There are many natural neutrino signatures produced by stars and other processes in the Universe. But note the unique and unambiguous signal that comes from reactor antineutrinos. The cutoff in energy is key to identifying this signal.

If we can predict what that signature is, understand it, build a detector for it and measure it, we can find a fusion-powered civilization anywhere, and not have to worry about whether they’re broadcasting or not. So long as they’re making power, we can find them. With SETI focusing solely on electromagnetic signatures, we may, at present, be looking for the cosmic equivalent of smoke signals in a cellphone-filled world. But this likely won’t be the case for long. As our technology continues to advance, our knowledge of what to look for will advance along with it. And perhaps someday — perhaps even someday soon — the Universe may have the most pleasant surprise of all in store for us: the news that we aren’t alone, after all.

Astrophysicist and author Ethan Siegel is the founder and primary writer of Starts With A Bang! His books, Treknology and Beyond The Galaxy, are available wherever books are sold.