As Venezuela tensions mount, US to deploy hospital ship to region

As tensions with Venezuela mount, the United States is planning to announce on Tuesday the deployment of a military hospital ship to the region, U.S. officials say, in the latest sign of the Pentagon’s limited, and targeted, involvement in the crisis.

The officials, who spoke on condition of anonymity, did not specify which countries in the region the ship would travel to. Last year, the USNS Comfort hospital ship cared for Venezuelan refugees and others as it stopped in Colombia, Peru, Ecuador and Honduras.

The U.S. military’s Southern Command, which oversees U.S. forces in Latin America, did not immediately respond to a request for comment. 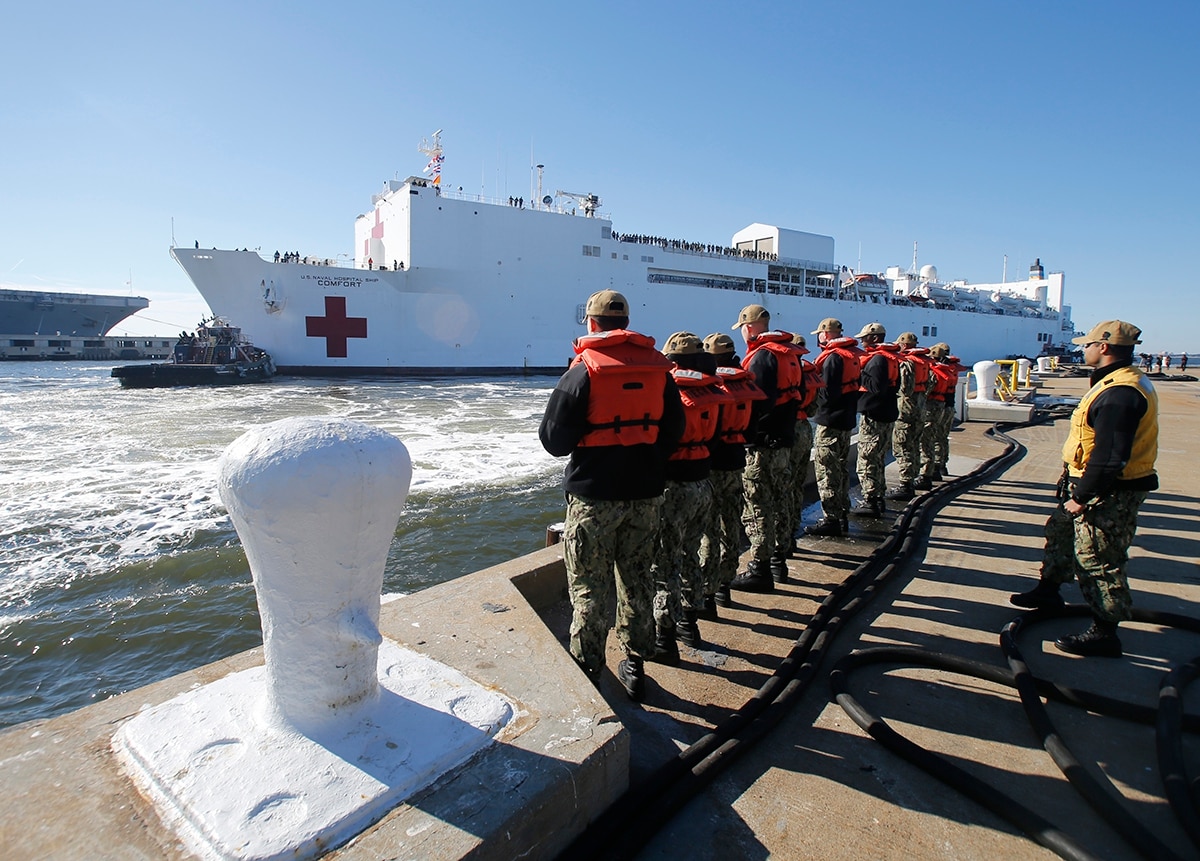 US Navy hospital ship Comfort to help with Venezuelan refugees

A U.S. Navy hospital ship will embark on another humanitarian mission to help countries cope with an influx of Venezuelans fleeing a deep economic and political crisis, the Trump administration announced Tuesday.

The USNS Comfort will leave in June on a 5-month mission to South America, Central America and the Caribbean to help countries “overwhelmed” by the more than 3 million Venezuelan refugees who have fled in recent years, Vice President Mike Pence said.

“The rising desperation in Venezuela has fueled a mass exodus, the likes of which we have never seen in the Western Hemisphere,” Pence said in a speech on the Venezuelan crisis to at the Council of the Americas annual conference.

Acting Defense Secretary Patrick Shanahan said that before the USNS Comfort can be deployed from its homeport of Norfolk, Virginia, a staff of doctors, nurses and other medical staff have to be assembled.

The Comfort’s tour last fall provided medical assistance in Colombia and several other countries where most of the Venezuelan refugees have settled to escape the crisis.

Pence and other Trump administration officials have warned that another 2 million people are expected to flee by the end of the year if the crisis continues in the once-prosperous nation.

The Trump administration has employed increasing diplomatic and economic measures on the government of President Nicolas Maduro in hopes of persuading him to step down.

The U.S. and more than 50 other countries say Maduro’s re-election last year as fraudulent and that Juan Guaidó, the opposition head of the National Assembly, is the legitimate president under the Venezuelan Constitution.

In his speech, Pence also said the U.S. would extend sanctions to all 25 members of the Venezuelan Supreme Court if they continue to be a “political tool” of President Nicolas Maduro. The U.S. already has sanctions on about 150 officials and businesses in the country.

The vice president also said the U.S. would immediately lift sanctions on Gen. Manuel Figuera, the head of the feared SEBIN intelligence agency, who broke ranks with the Maduro government during a failed uprising last week and has since disappeared.

Pence repeated the message that “all options are on the table” as the administration weighs further actions.

But another speaker at the conference, Rep. Eliot Engel, D-N.Y., pointed out that Venezuela is twice the size of Iraq and it would be “extremely difficult” to successfully employ military force to oust Maduro.

“I’ve made it clear that military intervention in Venezuela must be off the table,” said Engel, the chairman of the House Foreign Affairs Committee.