Why a U.S. Navy Spy Submarine Is Flying the Jolly Roger

The skull and crossbones flag is traditionally flown to celebrate successful missions – but just what has the USS Jimmy Carter been up to?

The question was on the minds of many this week after Canada-based defense journalist Ian Keddie posted on Twitter the photo of the nuclear attack submarine USS Jimmy Carter. The photo, uploaded to the Defense Video Imagery Distribution System, or DVIDS for short, shows the commanding officer of the Jimmy Carter, Commander Melvin Smith, looking on as the submarine returns to its home at Naval Base Kitsap-Bangor 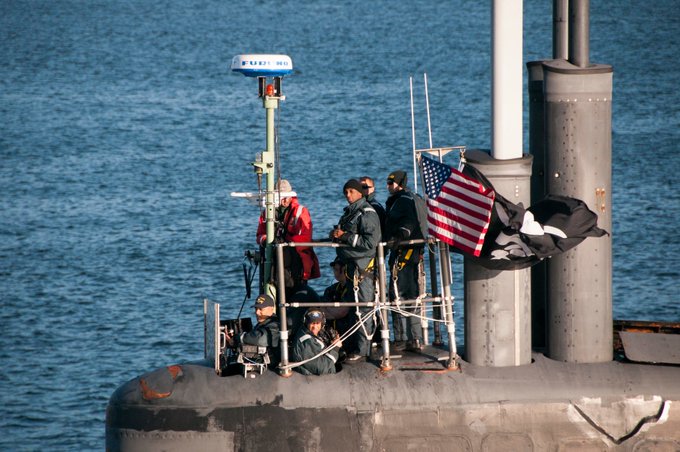 Flying above Smith, fluttering in the Puget Sound sea breeze, is the skull and crossbones of the Jolly Roger. On the flag is at least one unidentified symbol. The Jimmy Carter also flew the Jolly Roger in April 2017 returning from another patrol.

In Navy tradition, the flying of the flag typically signifies a successful mission of some sort. As the Washington Post points out, the practice for subs began in World War II, when Royal Navy submarines flew the flags as a means of signaling a successful mission. Legend has it the flag, traditionally considered the flag of pirates, was adopted after a British admiral in World War I compared submarine warfare to piracy.

The black flag adorned with a skull and crossed bones, often features additional signals when it’s used in this modern content. Look at this flag from HMS Seraph, a Royal Navy submarine that served in World War II. The flag was created after Operation Mincemeat, a secret mission that involved dropping a cadaver carrying top-secret plans off the Spanish coast as part of a ruse to deceive the Axis. The six daggers on the flag allegedly represent individual clandestine missions. Signalmen on the submarines were responsible for updating the flags with the latest new symbols to reflect newly completed missions. 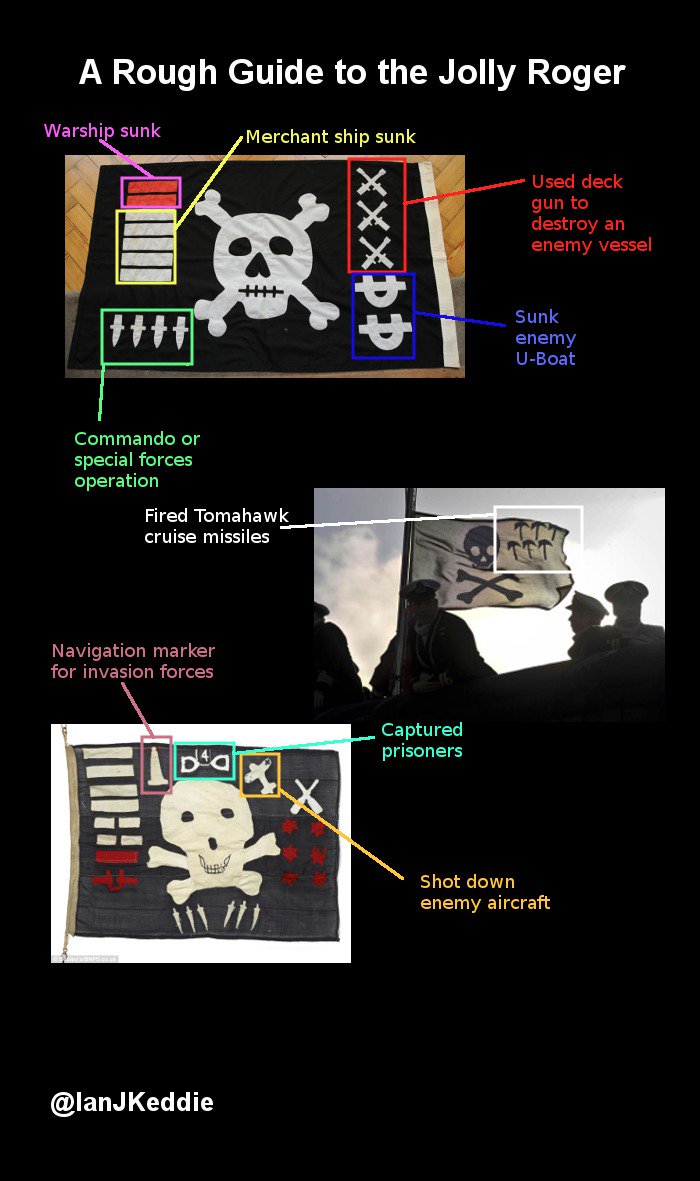 The flag of the Jimmy Carter is no exception. At least one and possibly two unidentifiable symbols are visible on the flag. But what could they possibly mean?

The submarine’s background could hold clues. The USS Jimmy Carter was the last of three Seawolf-class submarines built through 1990s and 2000s. Designed to fight the latest Soviet submarines during the Cold War, the Seawolf class is an astonishing 70 times quieter than the previous class of attack submarines, the Los Angeles class. The Seawolf subs were also built with HY-100 steel hulls, giving them a diving depth of up to 2,000 feet—more than three times the diving depth of her predecessors. The Seawolf class was the best, most advanced submarine of its time, but production was halted after three submarines due to enormous cost overruns.

The extreme quietness of the Seawolf prompted the Navy to modify the third and last submarine, USS Jimmy Carter, to support clandestine operations. A 100-foot long, 2,500-ton section called the Multi-Mission Platform (MMP) was inserted into the hull, giving the submarine a unique capability. The MMP includes hangars to send and recover remotely operated vehicles/unmanned underwater vehicles (UUVs)—sea drones, basically. And it can likely support SEAL delivery vehicles, which are miniature submarines used to transport Navy SEAL commandos. It features work spaces and berthing spaces for up to 50 SEALs, mission specialists, or ROV/UUV operators and maintainers. Unlike her sister submarines, Carter also features auxiliary maneuvering thrusters fore and aft for precise maneuvering near the ocean floor. 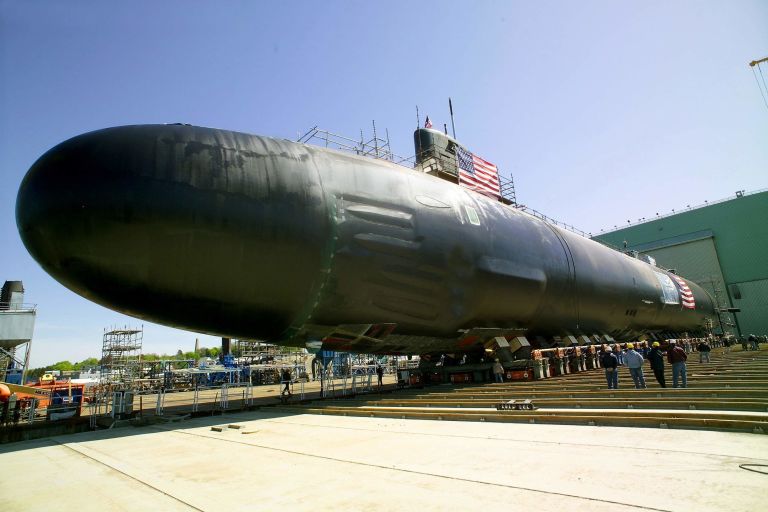 “The Jimmy Carter represents the USN’s most important asset for special operations. The Navy is tight-lipped about the specifics of this but it is likely to have involved intelligence gathering, reconnaissance, or special forces. Some of these operations could involve ‘tapping’ into seabed cables or deploying UUVs close to shore; considering the Jimmy Carter is based out of Washington, it would be reasonable to guess that any operations took place in the Pacific or East Asian regions but it’s impossible to know for certain and that’s sort of the point!”

Operating from Naval Base Kitsap, the Jimmy Carter’s area of operations is the Pacific Ocean and beyond. The obvious mission area is a small Asian country that has recently made the headlines for its nuclear and missile tests: North Korea.

What could the Jimmy Carter be doing around North Korea? Well, for starters, many of North Korea’s recent missile tests, including a failed test on March 22nd, have been at a site near Kalma International Airport, near the city of Wonsan on the country’s east coast. This site is a stone’s throw from the Sea of Japan. 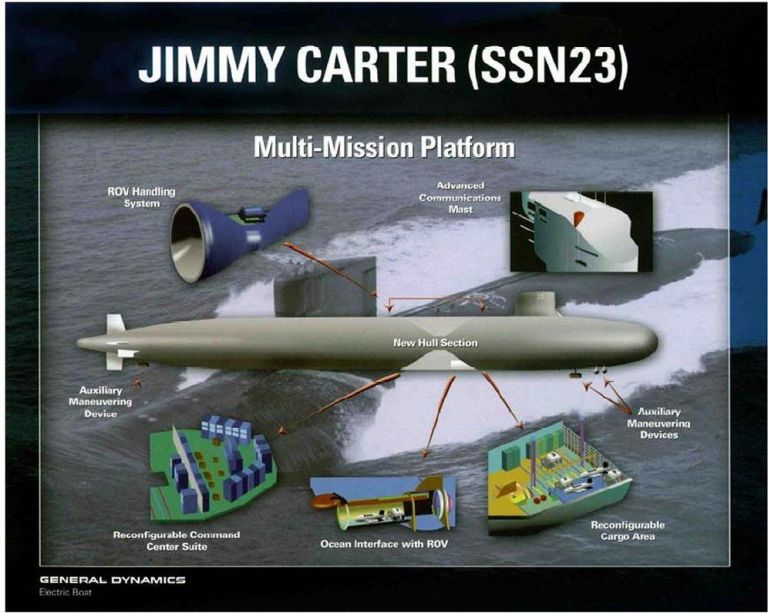 There are several things the sub could be doing from the sea to spy on the North Koreans. While the Jimmy Carter could land spies and commandos on the beach near Kalma, those people could be captured and would make for a messy diplomatic (and perhaps even military) incident.

Drone submarines, however, are a different matter. The Jimmy Carter could be operating a safe distance from North Korea’s coastline, sending UUVs to spy on North Korea’s missile launches. Drones could surface quietly near the coast, recording launch preparations and the launch itself. They could also point antennas in the direction of land and vacuum up whatever electronic emissions are associated with the launch: cell phone calls, any wireless data transmitted by the launch headquarters or the missile itself, telemetry radar data, and so on.

Another possibility: the Jimmy Carter could be tapping North Korea’s fiber optic cable that links it with the outside world. A fiber-optic cable runs from Sinuiji, North Korea to Dandong, China, right where the Yalu River empties into the West Sea. During the Cold War, the United States Navy performed several cable-tapping missions against the Soviet Union in the Sea of Okhotsk during Operation Ivy Bells. While the 453-foot long Jimmy Carter is not going to sail upstream into the Yalu River a UUV could, settling down on the cable and installing a tap that could collect the country’s outgoing phone calls and Internet traffic. And those strange symbols on the submarine’s flag do sort of look like word bubbles or telephones. 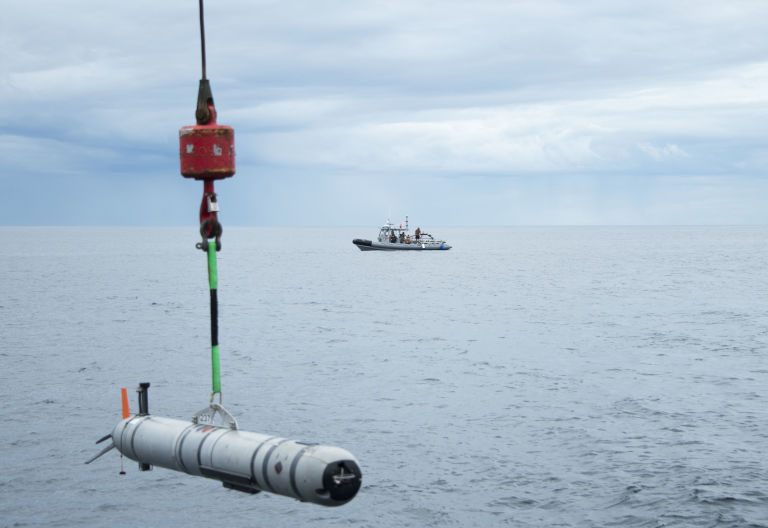 As Keddie points out, it’s impossible to know for certain exactly what the submarine has been up to. While the above scenarios are based on real-world capabilities and operations, the Jimmy Carter likely has the technology to undertake missions we can’t even guess at. It could be years before the truth comes out, but for now we civilians can only speculate.